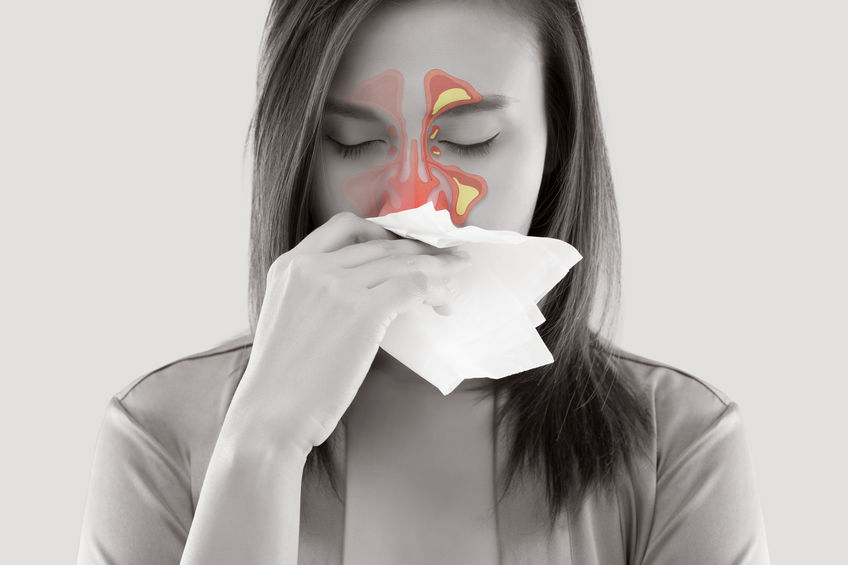 What is sinus, what are its structure and functions?

Sinuses are very small at birth, enlarge with age, reaching their adult size at puberty.

The sinuses are connected to the nasal cavity by small sinus openings (ositum). The mucosa, which covers the inside of the nose, also covers these sinus openings and extends into the sinus.

The mucosa of the nose and sinuses produces a secretion we call mucus. The mucus on the nasal mucosa traps dust, bacteria, and other harmful airborne particles. These trapped harmful particles move slowly towards the back of the nasal cavity and nasopharynx, along with the mucus secretion. The incoming mucus in the throat is swallowed. Mucus and the harmful particles are destroyed by stomach acid. This is a normal physiological phenomenon that many people do not realize.

Mucus secretion also provides humidification of the inhaled air. In this way, the harmful effects of dry air on the lungs are prevented.

Some chemicals that cause air pollution, allergens, smoke and viruses increase nasal secretion by stimulating the nasal and sinus lining. This natural response of the body by increasing nasal secretion is to wash away harmful substances from the nose. Therefore, abundant transparent discharge occurs towards the nasopharynx. This is the most important cause of the postnasal drip.

There is an increase in nasal and sinus secretions due to inflammation in sinusitis. This increase in secretion gives symptoms as nasal discharge from the front and postnasal drip from the back. This discharge, which is transparent in allergic rhinitis, has a darker consistency and yellow-green color in sinus infections caused by bacteria. The discharge is foul-smelling.

Depending on sinusitis, swelling (edema) develops in the mucosa of the nose and sinuses. The swelling in the nose causes the inability to smell due to nasal congestion. In addition, swelling and closure are observed in the sinus openings that connect the sinuses to the nasal cavity. Since the sinus secretion, which continues to produce, cannot flow into the nose in this case, it accumulates in the sinus and causes an increase in pressure in the sinus. This increase in pressure causes pain. The pain can be very severe. Depending on the location of the affected sinus, the pain may be felt in the forehead, cheeks, upper teeth, eyes, between the eyes or behind the eyes.

Chronic sinusitis develops in cases where the sinus ostium is closed for a long time (> 3 months). Headache is milder and less frequent in chronic sinusitis. In some sinusitis patients, polyps are developed from the sinuses.

Allergic rhinitis: An allergy attack causes the sinus opening to close, resulting in the accumulation of mucus in the sinus. This creates a suitable environment for the growth of bacteria.

In the treatment of sinusitis, sometimes medical treatment, sometimes surgical intervention, and sometimes both may be required.

The symptoms of acute sinusitis are similar to the common cold and allergic flu. While these two diseases are relieved with the medications of allergy and common cold, sinusitis, which can cause complications, needs to be treated with antibiotics.

If sinusitis is not treated, what can it lead to?

Due to its close neighborhood, there is a possibility of the infection spreading to the eye and brain. However, it is not a very common situation.

Nasal secretions that flow into the nasopharynx can sometimes escape to the lungs. In this case, sinusitis can cause lung infections (bronchitis, pneumonia) or asthma attacks (only in asthma patients).