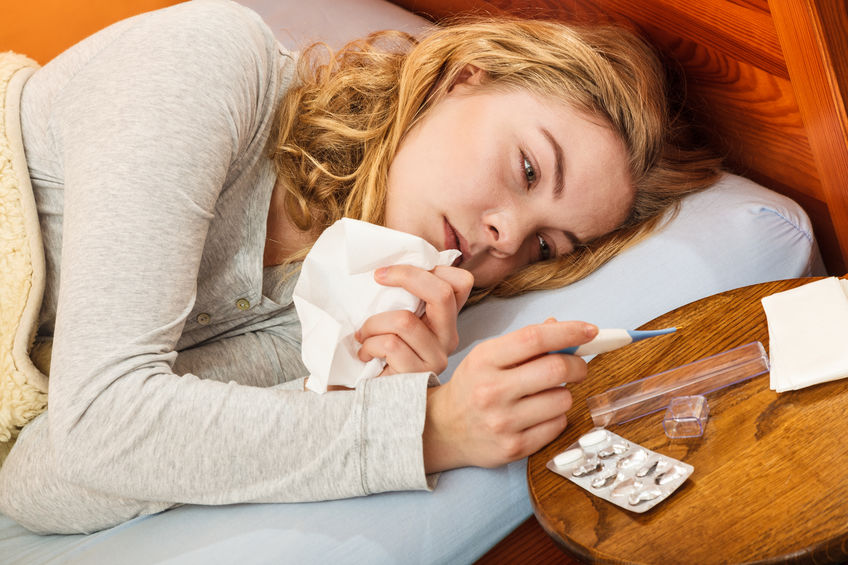 A normal person can have a cold or flu 1-2 times a year on average. Cold and flu are two similar diseases caused by different viruses. The virus that causes the common cold is the “rhinovirus”, while the virus that causes the flu is the “influenza” virus. A common cold tends to be milder than the flu. There are sneezing, mild fever, runny nose and nasal congestion in the common cold. In the flu, in addition to the common cold, there are high fever, sore throat and dry cough. In the flu, the malaise is more severe. Muscle and joint pain often accompanies the flu.

The virus reaches the nose either transport of infected material by contact or by breathing air. However, the virus does not cause disease in every person it is infected with. It manifests itself and causes disease in those whose body resistance is weak or when it is weakened. Cold weather, being cold, not taking enough vitamins, weakening due to another disease, and long-term antibiotic use reduce body resistance and make it easier to catch common cold and flu.

Bed rest and painkillers are usually sufficient for treatment because colds and flu go away on their own over time. Antibiotics have no place in the treatment of colds and flu. However, in severe and complicated flu (such as persistent fever, shortness of breath, difficulty in breathing, lung infection, etc.), hospitalization may be required.

Nasal and sinus secretions increase due to inflammation in sinusitis. This increase in secretion gives symptoms as runny nose and post-nasal drip. This discharge, which is transparent in allergic rhinitis, has a darker consistency and yellow-green color in sinus infections caused by bacteria. The discharge is foul-smelling.

Depending on sinusitis, swelling develops in the coverings of the nose and sinuses. The swelling in the nose causes the inability to smell due to nasal congestion. In addition, swelling and closure are observed in the sinus openings that connect the sinuses to the nasal cavity. Since the sinus secretion, which continues to produce, cannot flow into the nose in this case, it accumulates in the sinus and causes an increase in pressure in the sinus. This increase in pressure causes pain. The pain can be very severe. Depending on the location of the affected sinus, the pain may be felt in the forehead, cheeks, upper teeth, eyes, between the eyes or behind the eyes.

Chronic sinusitis develops in cases where the sinus ostium is closed for a long time (> 3 months). Headache is milder and less frequent in chronic sinusitis. Structures called polyps develop in the sinuses of some sinusitis patients.

The symptoms of acute sinusitis are similar to the common cold and allergic rhinitis. While these two diseases are relieved with allergy and cold medicines, sinusitis, which can cause complications, needs to be treated with antibiotics.